TORONTO – An international incident broke out on the streets of Toronto Saturday that culminated with Sebastien Bourdais of France trading punches with Japan’s Takuma Sato on pit lane. It was a matter of some frustration that has been brewing for the past several races.

The most recent incident came at the end of Saturday’s practice session before qualifications for Sunday’s Honda Indy Toronto.

Each car was given one final lap after the first practice session had been halted for a red flag after Graham Rahal stuffed his Honda into the tire barrier in Turn 1. As the field went out to complete one final “flyer” Bourdais passed Sato, as if he were intending to improve position. 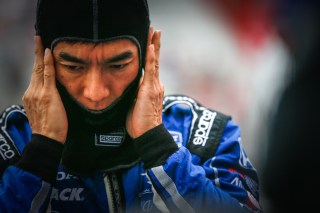 Sato grabbed Bourdais by the collar of his firesuit, Bourdais pushed him away, and then punches started to fly.

Several of the punches connected, but both drivers were still wearing their helmets. The fight was broken up by Dale Coyne Racing with Vasser and Sullivan public relations director Kevin Diamond, who handles the PR for Bourdais.

Diamond was successful in pushing Sato away.

After Saturday’s qualifications, both drivers spoke about the incident. 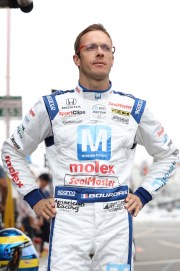 “I passed him on the out-lap, and it pissed him off,” Bourdais told NBC Sports. “I’m not sure it deserved that kind of reaction, but it doesn’t matter. If there was anything, I’m the one who should be pretty pissed. He pretty much ruined our race in Texas from three laps down and blocked us the last three stints.

“I’ve never asked him for anything. We know he races hard but with that little incident, I’m not so sure what should happen to him.”

Sato gave his side of the story and said, “I’m cool.”

The 101stIndianapolis 500 winner continued by saying, “He was excited. It wasn’t me,” referring to Bourdais. “Passing me was absolutely pointless. It was just one lap. He went blasting by me and then turned into Josef Newgarden.

“What was the point?”