NEWTON, Iowa – There are just six races left in the 2019 NTT IndyCar Series championship and Team Penske driver Josef Newgarden has a hard-charging Alexander Rossi closing in on his gearbox. Newgarden’s lead is down to just four points after last Sunday’s Honda Indy Toronto.

Newgarden has been the leader in the standings after every race this season, with the exception of the 103rd Indianapolis 500, when he trailed Team Penske teammate and Indy 500 winner Josef Newgarden by one point.

“I’m confident we have good cars,” Newgarden told NBC Sports.com. “You can have bad weekends here and there. I think we can have a good result the rest of the year. But there are a lot of guys still in it. Rossi is the guy who is the closest, but you can’t count out Simon Pagenaud, Scott Dixon or Will Power. It’s going to be a fight until the end for this championship.

“We briefly lost the points lead after the Indy 500. Simon and I were one point apart. We’ve had better consistency this year. That is what is going to pay off at the end. We’ve been consistent up to this point and we have to continue it to the end.

“Look at all of these championship runs, most of the times it goes to the most consistent driver. You have to have clean finishes for every run. If you don’t, it’s pretty tough to make up the deficit.”

Newgarden has had a remarkably consistent season with three wins, six podiums (top three) and nine top-five finishes in 11 races.

Rossi has nearly matched him with two wins, six podiums and nine top-five finishes in 11 races.

These two drivers are nearly in a dead heat, so as the championship leader, can Newgarden force his fiercest foes into making mistakes? 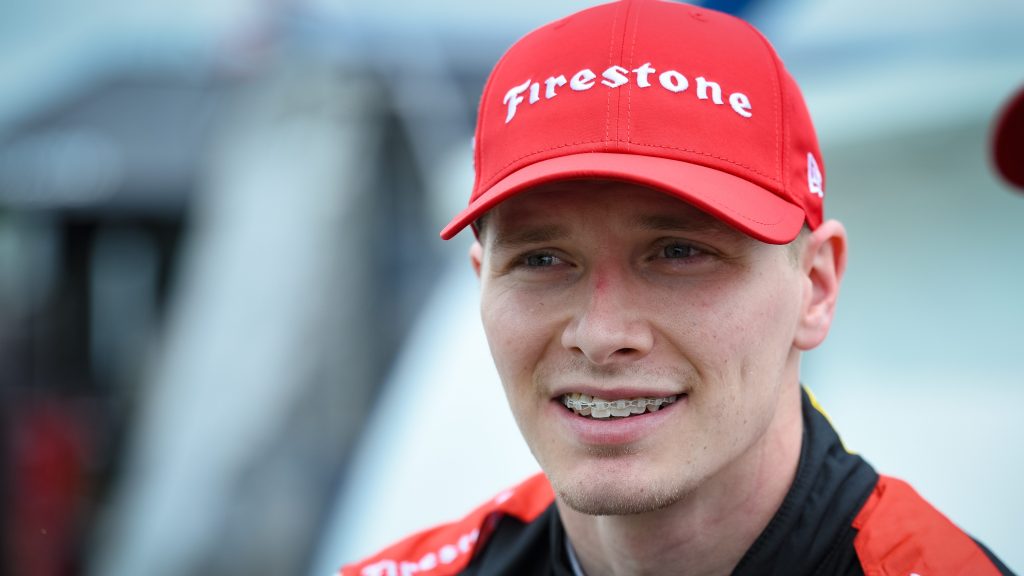 “I’m a little bit boring,” Newgarden said. “I do the same thing every time. It puts more pressure on guys like Scott Dixon, who has to win races to catch up. They are going to be more aggressive. Our program is boring and that is trying to maximize each race individually. That is what we have to do.

“I don’t know if it is that different than being in a fight with Will Power or Simon Pagenaud or Scott Dixon. They have different tendencies. Alex is the more aggressive of those other drivers. It’s fun going up against all of them. Alex is really good. He has a certain style you have to play against. If it was Scott, it would be just as exciting, but it would be a different game.

“Alex brings a more aggressive side to the conversation.”

It’s one of Newgarden’s better tracks. He set an IndyCar Series record for leading the most laps in a single race when he was in front for 282 laps in his 2016 Iowa win with Ed Carpenter Racing. That was preceded by two straight second place finishes at Iowa in 2014 and 2014.

Since joining Team Penske in 2017, Newgarden finished sixth that season and fourth in 2018 in a race where he led 211 laps.

“We were pretty good there last year,” Newgarden admitted. “We qualified well, but we were a little shy of what we needed last year. The race didn’t pan out the way we needed it to. Our strategy wasn’t perfect there. But those are things we can clean up. We have a really capable group. I think we’ll have a good car there, again. I feel good about it. We’ve had good cars there in the past, we were just a tick off. I think we will be better there this year.

“We should be fine.”

Short oval racing is a unique form that adds diversity to the schedule as drivers have to get on an off the accelerator and on and off the brake, all while dealing with traffic throughout the 300-lap contest.

“Iowa, for sure is a racer’s track,” Newgarden said. “It’s very bumpy, with a lot of character. It’s one of my favorite short ovals that we go to. I love that place. A lot of the tracks we go to are racer’s race tracks. There aren’t a lot of bad ones of the schedule. There are tracks with diverse challenges and you like that. Going from Toronto to Iowa to Mid-Ohio, they are all different tracks that require different setups, different driving styles.