STEAM CORNERS, Ohio – When Graham Rahal was just a kid, the Mid-Ohio Sports Car Course was his playground. His father, Bobby, was one of the big-name stars of the 1980s and 1990s, his shop was based in Hilliard, Ohio and the Rahals made the Columbus, Ohio suburb of New Albany their home.

Young Graham would accompany his father to the Mid-Ohio Sports Car Course for the big-time CART races at that time, and maybe a few test sessions when Rahal was in the early days of owning his own racing team in the 1990s.

Bobby Rahal’s final season as a driver was in 1998 and he was honored at many of the race tracks, including Mid-Ohio. The Rahal Family took a ceremonial lap around the road course before that 1998 race with nine-year-old Graham waving to the fans seated alongside his famous father.

Bobby Rahal finished third that day at a track where he won back-to-back races in 1985-86.

Two decades later, Graham joined his father as a winner at Mid-Ohio in 2015, driving a Honda owned by Bobby Rahal along with former TV funnyman David Letterman and South Chicago industrialist Michael Lanigan.

To this day, Graham, now 30, considers that his greatest victory. 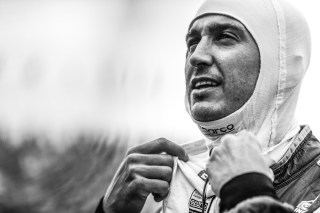 “Having won there in 2015, it’s a special race for me,” Rahal told NBC Sports.com. “In 2015, we were in a really good place in the championship that year and the win at Mid-Ohio helped us close the gap on Juan Pablo Montoya. The home crowd, I will never forget doing the doughnuts afterwards and looking up and seeing all the people go nuts. It’s a moment, I will never, ever forget. Sharing the podium with my good friend, Justin Wilson, was extremely special as well. It was an important day in my career.

“I’m hoping we can make it happen again. I don’t see why we can’t. We’ve had really good runs there in the past and hopefully, we can get another one.”

Rahal hopes to break into NTT IndyCar Series victory lane for the first time this season in Sunday’s Honda Indy 200 at Mid-Ohio.

“I think we are looking good off Road America, but also Toronto, Rahal said. “We learned some great stuff at Toronto. Between the two of those, I feel strongly we are in a good spot and we should be pretty competitive as we go forward into Mid-Ohio. I’m excited. It’s an important race for me. It’s my home race. I love competing there.”

There are many things that make the 13-turn, 2.258-mile Mid-Ohio Sports Car Course unique. It is set in the middle of Ohio’s “Amish Country” with cornfields surrounding the twists and turns of the course.

It also features an up-and-down ride for the high-speed competitors.

“The elevation is the most unique because to go fast there, you really have to push to the limit,” Rahal explained. “We say that everywhere, but there are certain areas that are trickier than the others. At Mid-Ohio, you have a lot of elevation. You have a ton through the Keyhole through Turn 2 and at the end of the backstraight, Turn 4 really falls away from you, then you go way up the hill, straight up into Turns 5 and 6. The elevation makes that such a challenging track to figure out and find the speed.

“We’ve raced there a long time, now, and hopefully we can have a good weekend and our car can be more settled than at some of the other places. Our performance at Road America, we found some good stuff and had a great race day. I’m excited. We should be pretty strong.”

The race course is located on Interstate 71 between Ohio’s largest city of Columbus and the metropolis of Cleveland. But it is also a short drive from IndyCar’s home base of Indianapolis, with many fans making the four-hour drive to spend the weekend camping out at Mid-Ohio.

Even many of the IndyCar team crewmembers camp out at the track, instead of spending another weekend in a motel. 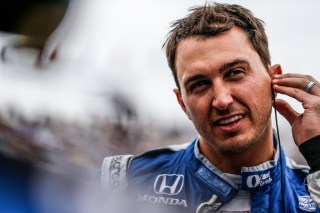 “It’s good fun,” Rahal admitted. “We all stay at the track, but a lot of guys camp out. We have a lot of friends and family that camp. It’s a great environment. It’s a special place.

“I strongly urge anybody who hasn’t been to come check it out. It’s very different than most of the places you go to. It’s a great place to enjoy a race with the family. As I’ve said a few times, hopefully we can get another win.”

Getting a win would help give Rahal a boost to what has been an unusual season. He was expected to be a top-five competitor for the NTT IndyCar Series championship and at times has had some really good races. But he arrives at Mid-Ohio eighth in the championship, 197 points behind points leader Josef Newgarden with only five races left in the season.

He finished third at Texas Motor Speedway in June and fourth at Circuit of the Americas (COTA), Long Beach and Road America. He also has a pair of seventh-place finishes in both races of the Chevrolet Detroit Grand Prix.

But it was a crash in the 103rdIndianapolis 500 when Rahal was in position for a top-four finish that doomed his season.

“We’ve raced pretty well at a lot of place, but Indianapolis is going to haunt us,” Rahal admitted. “It’s going to haunt us not from the fact we would have finished third or fourth, but because points-wise that really shaped our season in the wrong direction. The gap between finishing third or fourth to 27thwas almost 50 points. Fifty-points would put us fourth in the championship right now.

“We’ve had a good year but let a couple of good opportunities slip. Toronto was disappointing. We passed a ton of cars at Toronto and had one of the fastest cars for sure. To let that one slip hurt. But we also maximized others where maybe we weren’t as strong.

“Goods and bads – that’s the way it goes. We still need to work on our pace a little bit and get our cars a little more competitive than what they are in a couple of areas.

“I feel good about going into Mid-Ohio this weekend.