Zak Brown, the CEO at McLaren Racing, discussed in detail the company’s decision to merge with existing Arrow Schmidt Peterson Motorsports to field a fulltime NTT IndyCar Series team in 2020. NBC Sports.com was among a very small group of media that had a chance to talk to Brown, shortly after McLaren announced it would field a two-car IndyCar team next season.

“I’m very pleased to get it over the line,” Brown told NBC Sports.com. “We’ve been working on it for a while and we’ve been a tire kicker. We stated our intentions from Day One about joining IndyCar fulltime and have said it’s a matter of ‘when,’ not ‘if.’ 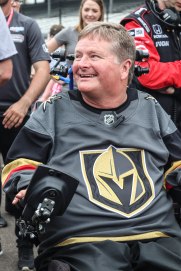 Arrow SPM team principal Sam Schmidt told NBC Sports.com at Mid-Ohio two weeks ago that he had been talking to McLaren officials about this arrangement and would have to switch from Honda to Chevrolet to make it a reality. Arrow Schmidt Peterson Motorsports had one more year remaining on its contract with Honda Performance Development, but that deal will conclude at the end of this season.

What is surprising is Schmidt and Honda share a long-term relationship. By reneging on the final year of a contract with the automotive manufacturer, instead of waiting for the current deal to expire so the team could join rival Chevrolet, is controversial to put it mildly.

It’s the second time that McLaren and Honda have been at odds in the past two years. When McLaren F1 was saddled with an uncompetitive Honda engine in 2017, the team publicly criticized the Japanese manufacturer when it switched to a different manufacturer.

Schmidt’s decision to leave Honda with one year left on an existing contract has likely alienated the automotive manufacturer further.

Brown and McLaren were prohibited by Honda Japan from doing business with one of its teams in IndyCar. That is why the team could not align with Andretti Autosport, as it did in 2017 in two-time Formula One World Champion Fernando Alonso’s impressive Indianapolis 500 debut.

In order to come to IndyCar in 2020, it would have to be with a Chevrolet team. McLaren found a team willing to make the move, but Arrow SPM would have to leave Honda for that to happen.

After dealing with the major embarrassment, Brown vowed that McLaren would be back. 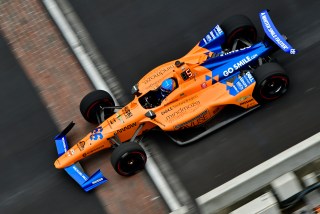 “I had a clear mandate from our board,” Brown said. “They have been bought in to the benefits of McLaren having an IndyCar program as part of McLaren racing ever since 2017. I started and laid out my vision of what McLaren Racing should look like over the next five to 10 years. I’ve been working hard to put together a program that would fit the criteria that was outlined for me. It has obviously taken some time to get there, as you all know.

“We’ve been working on it for some time and done two Indy 500s. It all came together around an SPM partnership thanks to Arrow Electronics and Chevrolet. We have a lot of long-standing relationships inside SPM with Sam and Ric that go back to my racing days and Gil de Ferran, who I brought on last year with what we’ve announced today in mind.

“He played a great role helping get Formula One pointed in the right direction. That was always the intent. (McLaren Sporting Director) Gil De Ferran is a two-time CART champion, Indy 500 winner and had his own team. The pieces were put in place some time ago and just came together in the last few months.”

Because INDYCAR rules on testing are extremely limited, McLaren will depend on the Arrow SPM side of the operation for the foundation of the team and its setups. McLaren will then utilize many of its resources in what it hopes will elevate the overall team performance.

“The rules are the rules, and everyone has the same conditions in front of them,” Brown said. “That was one of the benefits in partnering with an existing team. We saw the challenges by being a startup and how difficult that is. We are partnering with a team that has already won races, already been on the podium this year. Without starting from scratch, like we would if we were starting our own team, what we now need to do is Gil and Taylor Kiel (current Arrow SPM general manager) need to start working together to see what McLaren resources can help elevate the team to where podiums aren’t occasional, but on a more frequent basis.

“That was one of the benefits when we looked through how do we want to go about this, going with an existing that has already won races, I think will help a lot on the areas that would be bigger challenges if we were a new team.

“It’s definitely a very integrated partnership – technically, managerially and commercially and ultimately marketing. Yes, we will have some McLaren-led partnership on the full-season cars and if we did a third entry at Indy, I would suspect that would be the same, too.”

Brown stressed the decision to create a two-car NTT IndyCar Series program was fully dependent on McLaren’s Formula One program returning to competitiveness. This year, McLaren has made great strides in F1 with drivers Carlos Sainz and Lando Norris. Sainz is seventh in the standings and Norris 10th.

“Arrow was a critical partner in bringing this all together and a very big partner inside,” Brown said. “Technically, we do business with them inside McLaren Group in racing, in automotive, in our Pi Technologies and our IT infrastructure. Arrow does business across all of our businesses with McLaren. The automotive division of Arrow has ground tremendously. It’s a key focus for them.

“While they are a very important commercial partner supporting both our IndyCar team and the F1 team, they are equally important behind the scenes driving our businesses forward from a technical point of view.” 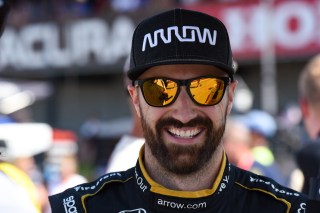 Popular driver James Hinchcliffe, who married his longtime fiancée Becky Dalton last Saturday in Ontario, has a contract with the team through 2020. The team intends to honor that, but Hinchcliffe has endorsement deals with Honda, including the popular “Honda Dream Garage Spring Savings” line of commercials.

Rookie driver Marcus Ericsson of Sweden has a one-year deal with the team that concludes at the end of this season.

“It’s an exciting day for all of us with Arrow McLaren SP, and the culmination of a lot of hard work put in by all. My love for motorsports started on those weekends watching F1 races with my dad and McLaren was a huge part of that. To be able to drive for that name is a dream come true.

“Thank you to Arrow, Petro Canada Lubricants and all of our partners that put us in this position.

“It is rather unfortunate what this means for our relationship with Honda. They are another company that has done so much for me and when the time is right a discussion to what that means for my partnership with them and Honda Canada will need to occur but that is secondary right now to this exciting news. I’ve worked with General Motors in the past and look forward to rekindling that relationship in 2020.”

Finally, Brown spoke about McLaren’s potential team for the 24 Hours of Le Mans and how both the Formula One and IndyCar programs would have an impact on that decision.

“I think Le Mans is something much like Indy we want to go to,” Brown said. “We think it’s great for our automotive business. We have won Le Mans before. There are a lot of similarities. With IndyCar, we are filling in the North American gap. Formula One is tackling America and getting more popular by the day, but it’s still not a strong market for them.

“Le Mans is more about our automotive business and our road car. We like the rules and it has not been expensive and there is a longer lead time

“I wouldn’t say it is on the back burner, it just moves at a slower pace. It is more complicated. We need to align that more with our automotive business. We have already stated we want to be there in the first season and make sure we don’t bite off more than we can chew is a big element to when and if we go. We really need to understand what the new Formula One looks like because that will be a big element we take into consideration when we get into regional allocation in the future.

“We need to see what the future of Formula One looks like before we get into a Le Mans program.”