Just to be clear, INDYCAR CEO Mark Miles doesn’t want any misconception regarding the new engine formula for the NTT IndyCar Series that will begin competition in 2022.

The new engine platform will be “Hybrid” not “Electric.”

The engine itself will be an internal combustion engine with “hybrid technology” that will be a renewable source of power generated from the car’s braking system. That extra power will be utilized in a hybrid component that will allow the cars in excess of 900 horsepower with a much bigger boost in the “Push to Pass” system.

Ever since INDYCAR made the announcement on July 31 that a Hybrid engine platform would be used in the series beginning in 2022, some race fans jumped to the conclusion that it was an “electric engine.”

That conclusion is completely inaccurate.

“It’s pretty simple — we are committed to louder and faster,” Miles told NBC Sports.com. “This is not Formula E racing. 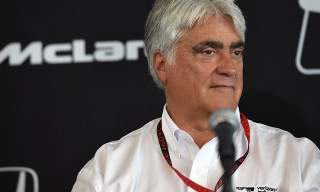 “What’s not to like? If the technology is interesting to current manufacturers, it is true to our current form of racing but adds a couple of attributes to power and safety.

“I think (INDYCAR President) Jay Frye has tested the idea with not only Honda and Chevrolet, but with other prospects before coming to the conclusion this it is the thing to do.”

By adding hybrid technology to the new powerplant, it helps INDYCAR remain relevant with the desires and needs of the automotive industry. Manufacturers often use INDYCAR as a testing platform for electronic components, brake systems and other components that can provide technology transfer into the consumer automotive marketplace.

By delaying a new engine platform from 2021 to 2022, it gives current engine partners Honda and Chevrolet time to develop and test the new formula. Also, of importance, it gives other prospective automotive manufacturers a chance to decide if they want to participate in the series.

Such automotive manufacturers as Porsche have said in the past, they are focused on Hybrid engine technology and electrification. With INDYCAR moving to Hybrid, other manufacturers might have some interest.

“It wouldn’t surprise me at all that they picked this moment in time to get involved if they pop in one more manufacturer,” NTT IndyCar Series and IMSA Sports Car team owner Michael Shank told NBC Sports.com. “I’m hoping it makes a difference. From Honda and Acura, it makes a big difference. I believe it does for most manufacturers.

“I don’t know what the net gain will be from all of that but I’m hoping we get another manufacturer in there.”

Shank runs the Acura NSX effort in IMSA and was asked by NBC Sports how far away is full electric racing for either IMSA or IndyCar?

“Less than 10 years, probably,” Shank said. “I don’t know that for a fact. INDYCAR wants us to be ‘Loud and Fast’ and that tells me they don’t want to move away from the (internal combustion) power units. I hope they don’t because I’m older school.

“Our world is electric. That is our world. I’m getting my head around it and I’m getting my engineers to really dig into it and be prepared on the IndyCar side and the sports car side. It’s coming there, too.”

Meantime, when it comes to INDYCAR, as Miles stressed, it’s “Hybrid” not “Electric” coming in 2022.