In what will mark its 50th year of Pro Stock competition, the National Hot Rod Association on Monday announced a significantly altered list of venues on the 2020 Pro Stock national event schedule.

The NHRA reduced Pro Stock from a 24-race national event season schedule to just 18 races for 2019. It will remain at 18 races in 2020, but nearly one-third of the venues that played host to Pro Stock cars this season will not do so next season. 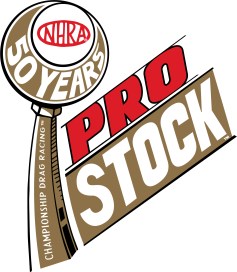 Here’s how it breaks down:

* Five tracks that did not host Pro Stock races in 2019 will see them once again return in 2020 as in previous seasons: Houston, Atlanta, Topeka (Kansas), Bristol (Tenn.) and Epping (New Hampshire).

* Conversely, five tracks that hosted Pro Stock races in 2019 will not have the so-called door-slammers back next season: Richmond (Virginia), Chicago, Denver, Brainerd (Minnesota) and St. Louis. Taking St. Louis off the schedule is noteworthy in that it means Pro Stock will compete in only five of the six Countdown to the Championship playoff events next season.

* Pro Stock will once again skip the spring 2020 race at zMAX Dragway in Charlotte, North Carolina, as it did earlier this year, but will compete there during fall’s Countdown playoffs.

* By not competing at Bandimere Speedway in suburban Denver, Pro Stock will not be part of all three races of the mid-summer “western swing” for the first time ever (although it will still take part in the “swing’s” other two races at Sonoma, California, and Seattle).

The overall 24-race national event schedule for Top Fuel and Funny Car was previously announced. Click here to see that schedule. The 16-race 2020 schedule for Pro Stock Motorcycle is expected to be released later this week.