You might say this weekend’s third round of the NHRA Countdown to the Championship playoffs will be a Charlotte’s web for several competitors when they take to the track at zMAX Dragway in suburban Charlotte.

With it being the halfway point of the six-race playoffs, how many drivers perform at Charlotte in the NTK NHRA Carolina Nationals will go a long way toward determining if they still have a chance at their respective championships in the other three races still to come this season in Top Fuel, Funny Car, Pro Stock and Pro Stock Motorcycle.

The tightest points battle right now heading into this weekend is in Top Fuel, where Doug Kalitta has a slim two-point lead over defending champion Steve Torrence. Kalitta is still seeking his first career Top Fuel championship after more than 20 years of trying. Could this be the year? 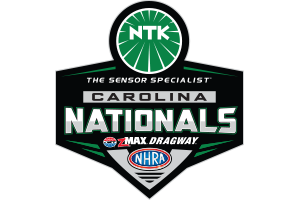 Almost as tight of a battle is in Funny Car, as two-time champ Robert Hight holds a 13-point edge over his boss and father-in-law, 16-time champ John Force. Hight is coming off a semifinal finish two weeks ago at St. Louis that proved almost as pivotal as a win.

“The thing to focus on is that we got the points lead back,” Hight said. “We’ve only trailed in points once this year and that was coming into (St. Louis). We’re back in the lead now. It’s a tough Funny Car class, one of the most competitive there’s ever been.

“Luckily there are four races left. We qualified well (at St. Louis), ran well except for the semifinal (lost traction and the round), so I’m not worried. We’ll head to Charlotte and pick up those little points in qualifying and go rounds on Sunday, just keep picking away at this championship chase.”

Lastly, in Pro Stock Motorcycle, five-time champion Andrew Hines – whose last championship was in 2015 – is mounting a strong battle to take home title No. 6. Hines has a 34-point lead surprising Karen Stoffer, followed by three-time champ Eddie Krawiec (-51), who is in the hunt for his fourth career PSM crown and the first since 2012.

While anything can happen – and oftentimes does in NHRA drag racing – a good rule of thumb is drivers/riders who are more than 100 points out heading into this weekend’s race are the most vulnerable to get tangled in Charlotte’s web. And if that happens, with three races still to go afterward, their chances of mounting a late-playoff comeback get increasingly remote.

As the old saying goes, there’s no better time than the present for those who have started the playoffs in trouble. And compounding the difficulty for those who are already a significant distance out of first place is the fact that Charlotte is the first of back-to-back events, with the series moving on to start the second half of the playoffs next week at Ennis, Texas.

Not only is the Texas Motorplex one of the fastest tracks on the circuit, it’s also been the site where many championships have had to go through to be won – while also serving as the place that all but eliminates those whose playoff runs in any particular season have not been up to par to match some of their more successful opponents. in other words, separating the wheat from the chaff.

Who will wind up being the chaff after this week and next? Stay tuned.