As the IMSA WeatherTech Series wraps up its season in Saturday’s Petit Le Mans at Michelin Raceway Road Atlanta, the addition of many top drivers and team owners from the NTT IndyCar Series gives this event the feel of an “All-Star Race.”

But it’s another former IndyCar Series driver who is closing in on the championship in the No. 6 Acura Team Penske Dpi, two-time Indianapolis 500 winner and 1999 CART champion Juan Pablo Montoya. He is one of the drivers in the No. 6 along with Dane Cameron and for the endurance races, Pagenaud. Acura Team Penske’s No. 7 entry features three-time Indianapolis 500 winner Helio Castroneves, Ricky Taylor and (for this race) Rahal.

NBCSports.com and the NBC Sports App will provide live, flag-to-flag coverage of the entire race.

Coverage of the 10-hour race will feature a cast of 10 NBC Sports commentators, headlined by NBC Sports’ lead IMSA commentating team of play-by-play voice Leigh Diffey, former Monster Energy NASCAR Cup Series driver A.J. Allmendinger (analyst), and former IMSA GT driver Calvin Fish (analyst). INDYCAR on NBC analyst and current IMSA driver Townsend Bell will be competing as a member of the No. 12 AIM Vasser Sullivan Lexus team in the GT Daytona class and also will serve as an analyst for portions of the race.

In addition to Montoya and Acura Team Penske’s pursuit of the Dpi championship, another IndyCar Series team, Meyer Shank Racing’s No. 86 Acura, is leading the championship in the GTP class.

By taking on the world’s top sports car drivers, it gives the current IndyCar drivers and teams a chance to display their skill in a completely different racing discipline.

“I like the uniqueness of it because it bookends most people’s season,” Chip Ganassi Racing managing director Mike Hull told NBC Sports.com. “You are able to watch drivers from other series race against each other in what should be equal cars. It’s always fun to watch at the beginning of the year and toward the end of the year. 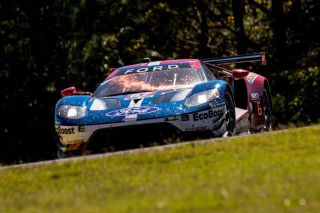 It’s also the final race for Chip Ganassi Racing and the Ford GT program in IMSA. The highly successful program concludes with a storied legacy of accomplishment.

“It was a great adventure,” Bourdais told NBCSports.com. “We all wish it wasn’t the end, but it’s a manufacturer deal, and they tend to be that way. It was a fun time and a great era. We’ll just have to find a new chapter.

Hull has been part of the Ford GT effort at Chip Ganassi Racing since it began in 2016 when it won the famed 24 Hours of Le Mans. With the Ford program concluding, CGR will add a third Honda to its NTT IndyCar Series program with the addition of former Formula One driver Marcus Ericsson, who drove for Arrow Schmidt Peterson Motorsports in 2019.

“You never want things to end when they are going well,” Hull said. “We talked about that with the drivers. In your lifetime in racing, you are seldom able to maintain a talented group of people for the length of time we have where all of them have remained unselfish. That is a big denominator to where we are with the program and why it is difficult in terms of it ending.

“We are a great match. We do what we do well, and they do what they do well. We’ve only tried to get to the next level together with what our strengths are and not where our weaknesses are.

“It’s been a fantastic program.”

Another unique aspect of IndyCar’s participation in the IMSA race is drivers are competing with teams they race against in IndyCar. Although Dixon is the star driver at Chip Ganassi Racing in IndyCar, Bourdais drives for Dale Coyne Racing with Vasser and Sullivan in IndyCar. Graham Rahal drives for Rahal Letterman Lanigan in IndyCar but is part of Acura Team Penske’s effort this weekend. 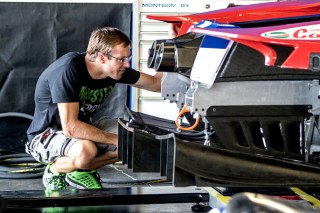 It’s a great chance for drivers to learn the processes of how the other teams operate.

“On the Dale Coyne side, we have a relatively small amount of people in the group, and that is the biggest difference,” Bourdais said. “You have projects depending on how many people you have. Chip’s team is a very well-oiled organization with a lot of high-quality people, and it’s a pleasure to work with those guys, and they make you feel welcome right away. They give you what you need to perform to the best of your abilities. I’ve been blessed to work with great teams over my career and very professional ones, as well as small teams. You can definitely tell the differences.

“It’s not lack of trying on either side. It’s the hard truth and reality of racing.”

The ability to bring over Dixon and Bourdais for this weekend is like going to the Baseball Hall of Fame and having them step up to the plate in a Major League Baseball playoff game.

“It’s a terrific mix, and it’s great to view it up close and personal, to actually see how much ability Joey Hand, Ryan Briscoe, Richard Westbrook and Dirk Mueller have. We’ve been lucky enough over the last four years to witness that.

“What is really terrific about it is all six of those drivers have grown in their craft and driving race cars. It’s very measurable and fun to watch.”

Here is a look at current drivers, past drivers and teams that have NTT IndyCar Series and Indy Lights connections that will be participating in the Petit Le Mans: