It’s now official – Pato O’Ward and Oliver Askew are in and popular driver James Hinchcliffe is out at Arrow McLaren Racing SP in the NTT IndyCar Series. Both moves were expected and widely covered by NBC Sports.com on Tuesday as the news broke earlier this week.

“It’s a dream come true to be joining Arrow McLaren SP for my first year in IndyCar,” said Askew, who won seven races in 2019. “The new team brings together three great partners and it’s an honor to be representing them in this new chapter for the team and for my career. This is an exciting new challenge for me and the next natural step after winning the Indy Lights title this year. I can’t wait to get started.” 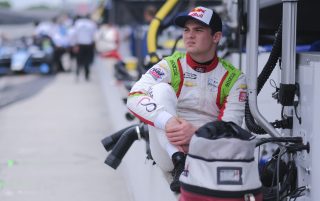 For O’Ward, he is back in IndyCar, one year after he was announced as a driver for Harding Steinbrenner Racing after an impressive IndyCar debut in the 2018 season-finale. But that deal unraveled before the 2019 IndyCar season ever began. He drove a few races for Carlin, failed to make the field for the 103rd Indianapolis 500 and left IndyCar to participate in the Red Bull driver development program in Europe.

The 20-year-old driver from Mexico left that program earlier this month and has returned to IndyCar.

“I couldn’t be happier to be with Arrow McLaren SP for my first full season in IndyCar,” O’Ward said. “I’ve had some great opportunities over the last year, but this is by far the greatest thing that could possibly happen for my career. I had a taste of IndyCar earlier this year and cannot wait to represent Arrow McLaren SP in the best way possible for a full season in 2020.”

Also, the team announced the end of its relationship with popular Canadian driver James Hinchcliffe. NBC Sports.com reported on Tuesday that IndyCar Series team owners Bobby Rahal and Dale Coyne plan to talk to Hinchcliffe later this week about the possibility of putting together a third entry on their respective IndyCar teams.

The Canadian joined Arrow Schmidt Peterson in 2015 and scored three wins throughout his tenure with the team, while admirably leading the team through moments of huge adversity.

While Hinchcliffe will cease racing for the team in 2020, he remains under contract with Arrow McLaren SP but is free to seek and secure alternative options. 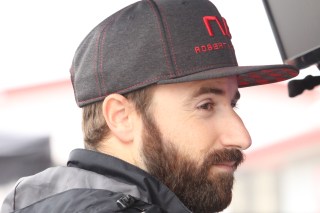 “James has been a great ambassador for our team, and for the sport, over the last five years,” said Arrow McLaren SP co-owner, Sam Schmidt. “Our history dates back to his early days in Indy Lights and we’ve been on a tremendous journey together. Most impressive was James’s determination to come back after his accident in 2015. I have the utmost respect for James and would like to thank him for his hard work and accomplishments during that period and wish him well in his future endeavors.

“We recognize that James is a fiercely motivated and determined competitor, and we won’t hesitate to release him unconditionally to secure another drive, whether in IndyCar or another series.”

Ric Peterson is the third ownership partner of the team and offered his thoughts on his fellow Canadian.

“James’ passion for the team has been crucial in our development since he joined us in 2015,” Peterson said. “His perseverance and teamwork led us to three wins and an Indianapolis 500 pole position. James has been a big part of our growth over the last five years and I’d like to personally thank him for everything. On behalf of the entire team, we wish him all the best moving forward.”

Arrow McLaren SP has a history of developing young talent into championship winners. The team, formerly known as Arrow Schmidt Peterson Motorsports, are the winningest Indy Lights team in history with seven championships and have given IndyCar opportunities to rising stars such as Simon Pagenaud and Robert Wickens in recent years.

“With our background in Indy Lights, I’ve followed Oliver and Pato closely over the last few years on the Road to Indy,” Schmidt. said “I couldn’t think of a better pairing as we write the first chapter in Arrow McLaren SP’s story. They’ve proven their skills on the Road to Indy and with an Indy Lights championship each, they are ready and deserving of full-time seats in IndyCar. I have no doubt that Oliver and Pato are the right drivers to move Arrow McLaren SP forward.”

Finally, Gil de Ferran is McLaren’s Sporting Director, which includes overseeing the entire IndyCar program. He gave his thoughts on the moves.“As we look to establish Arrow McLaren SP and re-establish McLaren in the world of IndyCar, I’m delighted to be welcoming these two young, homegrown talents to the team,” De Ferran said. “Oliver and Pato represent the new generation of IndyCar drivers. Proven winners and exciting prospects, I have no doubt that they will form an excellent pairing as we take on the 2020 season.

“Both drivers were super-impressive in Indy Lights, racking up 16 wins between them over the last two seasons. We have taken time and care to make a driver selection that we believe is in the best long-term interests of Arrow McLaren SP.”