Editor’s note: Over the next two weeks, MotorSportsTalk will review how each organization in the IndyCar Series performed in 2018 and also taking a look ahead to 2019. We kicked off the series Wednesday with Juncos Racing.

While no stranger to competitive racing in other forms of motorsports, Michael Shank Racing kicked off its foray into IndyCar racing with the 2017 Indianapolis 500, and then expanded to six races in 2018, also serving as an affiliate of Schmidt Peterson Motorsports.

One of the biggest elements to the season was bringing on SiriuxXM Satellite Radio President Jim Meyer as a team co-owner and partner, changing the team from Michael Shank Racing to Meyer Shank Racing. 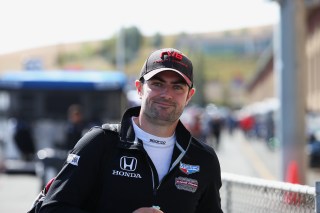 Career wins and podium finishes: 0 and 0

SEASON WRAPUP: Harvey held his own in a number of races during the 2018 season while behind the wheel of the No. 60 SiriusXM/AutoNation Honda. He was only a few laps away from potentially winning the Indianapolis 500 – running as high as second – before he had to pit with two laps remaining for fuel. Had the team’s pit strategy been different, the English driver could potentially have beaten Will Power to the checkered flag. Harvey had several strong runs, but his final finishing position in those races did not reflect his effort.

LOOKING AHEAD TO 2019: Harvey will be returning to the team next season and is looking forward to competing in an expected 8 to 10 races. The biggest thing Harvey needs is more seat time and experience, but he showed at times in 2018 that he definitely has a bright future in IndyCar.

QUOTE (following season finale at Sonoma): “Overall I think that we had a lot of great moments in the year, but I don’t think we ever got the result that we potential did have or that the team deserved. … I really have to thank everyone from Meyer Shank Racing and SPM (Schmidt Peterson Motorsports). And without AutoNation and SiriusXM, neither of us would be able to get to be here, so really the biggest thanks go to them. I’m optimistic and hopeful that next year we will do more races and have more opportunities to get a better result.”