However, both team owners admitted it will be very difficult to find the necessary sponsorship dollars to increase their respective teams to three-car operations this late in the offseason.

Although the NTT IndyCar Series season does not begin until the Firestone Grand Prix of St. Petersburg on March 15, 2020, this is the time of year that teams need to have next season’s plans in place. For a team expanding in car count, that means hiring additional crew members and ordering extra equipment.

Both take a significant amount of money.

Rahal phoned NBCSports.com from Italy early Tuesday morning to talk about his interest in Hinchcliffe, a popular driver from Oakville, Ontario, who used to be teammates with Rahal’s son, Graham, at Newman-Haas-Lanigan Racing. Rahal is one of the owners of Rahal Letterman Lanigan Racing, featuring Graham Rahal and 101st Indianapolis 500 winner Takuma Sato of Tokyo.

“I think it’s a shame for James, especially at this late stage, because a lot of teams are set for next year,” Rahal told NBCSports.com. “While we would love to have James at some level, we don’t have the money at this point.

“We’ll work on seeing what is possible if we can, but the odds are not favoring that right now. I’m in Italy, and when we get back tomorrow, we’re going to start to work on this. Again, I think the odds are not in his favor, but that doesn’t mean we won’t try.”

Rahal has known Hinchcliffe since he started racing go-karts as a kid against Graham Rahal. He would like to help him revive his career.

In order to do that, however, it takes money. 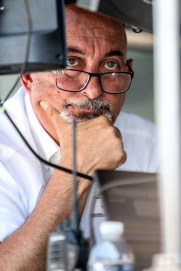 “This really puts James in a bad spot because who is out there. He doesn’t have any sponsorship money, so that doesn’t help. We haven’t spoken with James, but I plan on speaking with him when I return from Italy at the end of the week.

“Our third deal may still be out there, but nobody has made any commitments. It could be next week, or it could be in a few months.

Hinchcliffe was Honda’s commercial spokesman for both Honda Canada and American Honda. The well-liked driver has a great personality and was the runner-up on “Dancing with the Stars” in 2016, just one year after he was nearly killed in an Indianapolis 500 practice crash on May 18, 2015.

Closer to home, another Honda team that could possibly expand if it can find additional sponsorship is Dale Coyne Racing.

The two-car team features four-time Champ Car Series champion Sebastien Bourdais teamed with famed engineer Craig Hampson in the No. 18 Honda in the Dale Coyne Racing with Vasser and Sullivan entry. The No. 19 Honda is expected to be filled with talented 21-year-old Santino Ferrucci of Connecticut, though Coyne told NBCSports.com that deal has not been completed.

“It’s pretty close. I expect to have it completed by the end of next week. We test next Tuesday at Sebring, so right after that we plan on getting Santino’s deal completed.”

Ferrucci’s engineer, Michael Cannon, left Dale Coyne Racing for Chip Ganassi Racing earlier this month, but Coyne said Olivier Boisson will move over to become the engineer for the No. 19 entry.

Coyne was asked if he had interest in talking to Hinchcliffe about a third entry on the team.

“Yes,” Coyne said. “Craig Hampson has a lot of time for James Hinchcliffe. He worked with him and likes him a lot. I like James, but I’ve never worked with him, and Craig has.

“We have not had any conversations with him yet, but I heard he is going to call us today. I need to have a conversation, see where he is at, what support and sponsorship he has now. I’m sure Honda is supporting him.

“Is it enough for us to make a three-car program work?”

Both Rahal and Coyne were shocked that Hinchcliffe is no longer part of Arrow McLaren Racing SP. That team is expected to announce 2018 Indy Lights champion Pato O’Ward and 2019 Indy Lights title winner Oliver Askew as its drivers later this week. 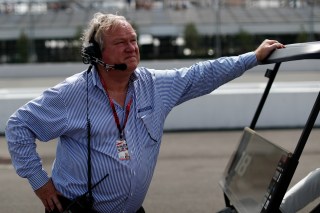 “Where else is Hinch going to go?” Coyne asked. “It’s us or Rahal. Chip Ganassi already increased to three cars when they hired Marcus Ericsson.”

Ericsson was Hinchcliffe’s teammate this past season at Arrow Schmidt Peterson Motorsports because it merged with McLaren. Ericsson was told at the time of the merger he would not be part of the team and had time to put a deal together with Chip Ganassi Racing.

Hull declined comment because he doesn’t want to dissuade any other possibilities Hinchcliffe may have regarding a car in 2020.

“It’s disappointing to hear about the situation, but I’m sure because who he is, someone will sort it out for him,” Hull told NBCSports.com. “I wish him the best.”